No More Paper – at least in the name

Maybe I am missing something, but shouldn’t they have already done this?

The American Society of Newspaper Editors is consider removing the world ‘paper’ from the organizations name. Changing it to American Society of News Editors. I agree this with BuzzMachine and say we are in the post-paper era. The name newspaper or magazine or broadcaster or even radio in the future simply will refer to the historic roots of an online media business. Interesting to note that the frequency of publication goes from daily/weekly/monthly (newspaper vs. magazine etc) to minutes/seconds online… And there are no schedules online. Note: this riff is going to form part of my ‘digital manifesto for publishers’ look for this post before the end the year.

AdViking has finally recovered (more on that later) enough from the Local Search Summit in Oslo to put finger to keyboard and round off the Vertical Zoom with a quick rundown on AdViking’s key takeaways.

As written previously Local Search Summit (LSS) is an invite-only session between various non-competitive Publishers who are at different stages of deploying a Local Search strategy.

The main points for AdViking were:

Search is an Enabler

For the LSS publishers, is maturing quickly from a destination strategy into a key infrastructure play  That is by having initially deployed a vertical strategy, people are realising that by having a broad horizontal search infrastructure it can enable Publishers to quickly build and deploy verticals, e.g.:  Search driven hyper-local algorithmic digital newspapers.

Three main points to consider about this topic.

It might be obvious to most in the industry but one important recent penny drop is that Display is still here and not going away.  There’s lots of examples out there but here’s one example from the IAB/PWC comparing 06 to 07 ad spending in the US.

One example is some current thinking that AdViking it putting into around Contextual and how it is probably going to be more effective for Contextual ads to move from the typical AdSense model of PPC and apply the inventory management algorithms of Display.

One Publisher shared the fact that driven by demand from China, the cost of stock printing paper has risen to $1000 per tonne and rising.  Until recently, it was typically established  around $600.  Obvious impact of this is that it’s getting more expensive to put anything to paper.

Another interesting point was that there is now an increasingly environmental push that is starting to have an impact.  e.g.:  The Norwegian government has banned the printing of the Yellow Pages book.

It’s confirmed that Publishers are leveraging their feet on the street  to become SEMs to their advertisers.  From evidence at the LSS (e.g.:  Directories are selling video ads created through partnerships with companies like Spotzer, Spot Runner) AdViking would go as far to say that they are becoming digital media agencies with a mix of selling directly to brands, agencies and the SME advertiser.

As for recovered, that’s a comment on the night time activities.  First of all, due to excellent weather and the time of year – the sun didn’t really set and it was quickly 2am but felt like 11pm.  That matched against the fact that AdViking had organised for everyone to stay at the new design hotel Grims Grenka and the nights for LSS was the ground opening parties on the rooftop bar which to quote one of the attendees, “this is amazing, it’s a supermodel party on the roof”!

Post-Script: LSS member, Irish Times have launched their new search service.  It’s work going to have a look as they have done some great things with pushing Search forward.  A Fuller View has more on A New Local Search Site in Ireland – ireland.com relaunched

AdViking is having a month of zooming down on various verticals* and naturally a side effect has been the tracking of relevant items. Which is why AdViking just came across the news that another ad network has been launched.

BBN (Business-to-Business Network) is going to be run by WPP’s 24/7 Real Media on behalf of traditional B2B publishers: Cygnus Business Media, Nielsen Business Media, Reed Business Information and McGraw-Hill. Only numbers being touted is the network will have a reach of 10 million unique visitors a month.

What doesn’t seem to be so great:

It appears that the network will only be for display advertising, which doesn’t really lend itself to a typical B2B advertiser. It is stated though that the hope with the network is to grow B2B spend, not just move it around. This might be possible but as the network will really be about bulking out the inventory to provide appealing packages to Agencies, the real opportunity is going for a 3rd party to be to come along and optimise the distressed inventory.

AdViking gets to have the unique opportunity of being able to focus on different verticals through participation in various events:

Cox Enterprises, a family run media company with reported $15 billion of revenue, has announced that they are going to purchase Adify, a niche ad network enabler, for $300 million.

Russ Fradin, Adify CEO, has posted some insights into the deal, the main take-away is that Russ and the rest of the management team are sticking around – very different from what happened with Quigo then!

On rumoured revenues of $7 million in 07 and on track for $35 millon in 08, the ticket price is an extreme multiple and one that a lot of attention will focus on. AdViking things actually the deal is very progressive by Cox (probably the benefits of being family run!).

The main reason that AdViking thinks this is that with the consolidation and domination by GYM, having preferred access to an advertising technology will ensure that as the continued growth of digital advertising occurs, Cox are in a great position to protect and extend their revenues.

AdViking is also very interested in the deal as it is further validation of the need for indy players in the value chain, also see the recent investment in Federated Media.

From looking at the recent comScore data on US ad networks, AdViking would put some money on Burst, ContextWeb and some of the others to go. It also does start to put a very interesting spin on what the opportunity for OpenX could be.

With the launch of Google’s Second Search Box are Publishers under a serious threat to their digital revenue streams? AdViking believes this is the case for two primary reasons:

Based on the recent crunching of revenue numbers, the general trend seems to be that Google’s revenue growth is at the cost of traditional media owners. Meaning that if any Publisher doesn’t see this as an additional direct and competitive threat to their business, then they really need to wake up and smell the coffee.

From early feedback AdViking has received, Publishers are giving mixed reviews to the Second Search Box. The more forward thinking and strategic are aghast and the less aggressive aren’t too worried and are saying that increased traffic will make up for the lost revenue of that initial hit. This is erroneous thinking for a few reasons:

In the short term, the loss of traffic will lead directly to lost revenue.

In the medium term, by counting on this additional boost in traffic, Publishers will become even more indebted to Google for driving traffic.

In the long term, as Publisher metrics worsen (eCPM, traffic, etc.) then this will lose to the further loss of advertisers as they spend more and more money with Google.

Publishers have spent a lot of time and money working on the User Experience, especially as Search as moved to the primary method of finding content, the relevancy models for their search results.

By allowing Google to apply a one-size-fits all model, then all of the benefits of knowing your content, knowing your users, etc. is thrown out the window.

Below are two different examples that show the negative impact of the Google’s Second Search Box on User Experience. 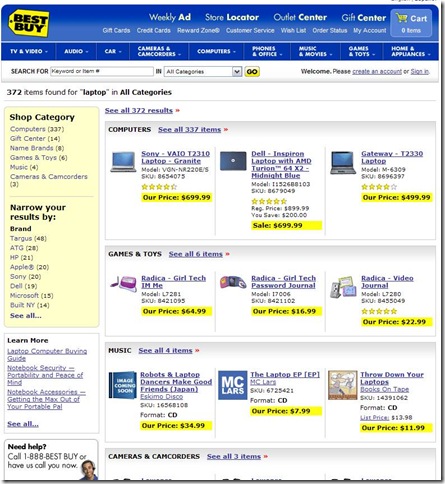 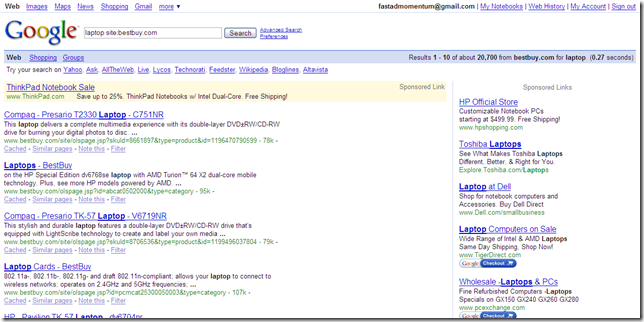 Eric Schmidt is singing a different tune from his troops this week in an attempt to calm down a storm brewing with the World Association of Newspapers, the defacto global organisation for newspaper publishers, about WAN’s attempt to level/organise the playing field around the way content is distributed across the Web.

Last week, at the Guardian’s Changing Media Summit Rob Jonas, Google’s head of media and publishing partnerships in Europe, said in his keynote that the current standard (robots.txt) “provides everything that most publishers need to do”. In response, Gavin O’Reilly, the chairman of the World Association of Newspapers and COO, questioned this stance as from his view Publishers strongly disagree.

This week, Google CEO Eric Schmidt changed the tune and told ITWire actually the problem is not that Google doesn’t want to implement it, it’s just that they are having problems implementing it.

It’s probably too obvious a point to make and maybe AdViking is getting too jaded here. But it seems to be that isn’t in Google’s self-interest to solve the tech issues to implement this new standard that gives Publishers much more control over how their content is used. If I was working at Microsoft Live Search, ASK even Yahoo! in the crawler team, I would be looking to pony up to WAN and the other publisher groups to get ACAP supported and get a quick PR win.